Matanky serves as the North American Chair of the International Council of Shopping Centers’ (ICSC) Ambassador Program. He is a member of the ICSC Open Air Committee and the ICSC Nexus program planning committee. Matanky regularly participates as a panelist for both the ICSC and the Urban Land Institute. He has worked with the City of Chicago as a mentor for retail redevelopment and served on the Chicago Building Departments Commissioner’s advisory panel, as well as on the Illinois Food Marketing Task Force, responsible for developing strategies to eliminate statewide food deserts. He is Chairman of the Chicago Stockyards Commission SSA#13 and participates on a Federal Reserve Bank of Chicago advisory panel as well as on the Chicago Trend Steering Committee. Matanky also serves on the Board of Governors of the Hebrew University of Jerusalem. He was honored as a principal for a day in the Chicago public schools. He has involved himself in the community through a variety of past roles including as an officer of the West Humboldt Park Development Council, board Member for the Chicago Association of Neighborhood Development Organizations, board member of the JCCs of Metropolitan Chicago and as past chairman of the Museum of Contemporary Art of Chicago Circle Council. Most recently, Matanky was appointed to serve on the ten-member Board of Commissioners for the Chicago Housing Authority.

In April, 2022 Matanky was appointed to the Board of World Business Chicago, the City of Chicago’s public-private economic development agency. With a focus on ensuring that all Chicagoans prosper, World Business Chicago’s mission is to drive inclusive economic growth and job creation, support business, and promote Chicago as a leading global city.

Matanky has been honored as a recipient of the Chicago Neighborhood Developer of the Year Award multiple times for his work in Chicago’s underserved communities. He received the Distinguished Alumnus Award from the University of Illinois, College of Law and was named as an Honorary Fellow of the Hebrew University of Jerusalem.

Matanky graduated with honors from the University of Illinois with degrees in finance, accounting and law. He earned an honors graduate degree in law from Cambridge University, Cambridge, England. He is certified by ICSC in Executive Leadership (CRX), Leasing (CLS), Development (CDP), Shopping Center Management (CMS) and Marketing (CMD). Matanky is also a Certified Retail Real Estate Professional (CRRP). 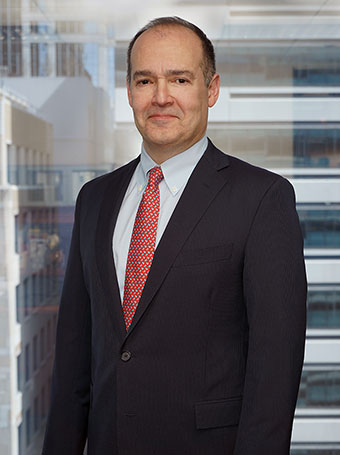