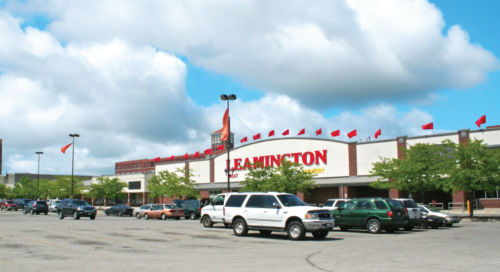 In 2017, SVP of Brokerage Terri Cox and Senior Broker Zach Slagle handled the leasing for a former Dominicks anchored shopping center in the densely populated Lawndale neighborhood of Chicago. Underserved markets like Lawndale have seen disinvestment in their communities for decades.

Cox and Slagle generated several proposals from several national retailers to redevelop the largest shopping center in the Lawndale neighborhood.

They not only leased up 115,000 SF of retail space through six leases, but they also worked on $1.2 million in funding from a Neighborhood Opportunity Fund grant. This allowed local operator, Living Fresh Market, formerly Leamington Foods, to redesign and develop a store that better serves the community.

Some of the work at this retail center helped Slagle earn CoStar PowerBroker award and made him Chicago’s Underserved Market Expert. For the past 4 years, Slagle has held the position of the #1 broker in Chicago’s underserved markets, by deal count and volume, according to CoStar reports.

Cox is a licensed real estate agent with over 30 years of experience in sales and marketing, and she has worked exclusively as a commercial real estate broker for 25 years, representing the interests of developers, landlords and tenants of commercial space in the Chicago metropolitan area.

Cox has been recognized five times as a CoStar PowerBroker, an effort awarded to only the top 15 brokers in each market. She was also twice recognized as a Chicago Neighborhood Developer of the Year.