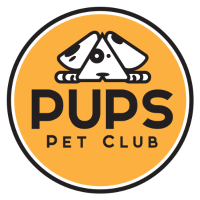 Once retained, Levinson formulated a creative strategy to introduce the concept to market. He took time to deeply understand the client’s needs and began focusing on high-density, affluent areas with high populations of dog owners. Levinson knew these markets would quickly take to the PUPS experience.

Levinson specifically targeted first floor retail spaces in luxury developments, as this would allow for buildings to provide current and prospective tenants with additional amenities. Levinson demonstrated this to landlords by compiling a financial analysis. He calculated that even a marginal increase in residential tenant retention as response to his client’s occupancy would significantly benefit property owners.

Levinson hammered out the details after negotiating preliminary terms with landlords. As a well-versed and experienced tenant, Rubenstein had key provisions and terms he wanted included in each lease. Levinson’s detailed market knowledge and strong negotiation skills ensured the client was confident in each deal.

Levinson’s secured three leases in his initial year with the client. He continues to represent PUPS Pet Club, who is looking to expand at a rate of one to two stores per year until market saturation.